Are We Unnecessarily Making Criminals of Our Citizens? 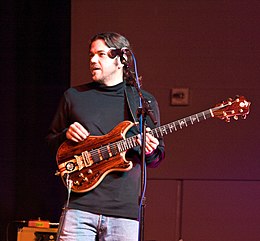 Yes, we must maintain stability in society, and yes, we need laws, but I ask do we need so many? Do we really need the government dictating every aspect of our personal lives, and may I ask why free citizens in a free society would ever agree to all this? Okay so, you know I like to stir the pot, and get everyone riled up now and again, come on, it keeps you on your toes, isn’t that why you like to read my controversial articles?

Now then, one thing that concerns me is we keep making laws to protect people from themselves, and often to protect the stupidest amongst our population. If we keep making laws for the stupidest people, and make everyone else follow them, then eventually the only people that will wish to live in the United States will be people who are stupid, as they won’t see a problem with those rules or laws.

Over Regulating Professionals in Business

Making laws, rules, and all that ongoing education folks have to have for their professional licenses gets pretty ridiculous after a while. Sometimes of the tests for the licenses are nothing more than busy work, and they even use trickery questions, and make it impossible to get 100%. What kind of crap and game is that? Do the regulators want the people to know the information, or to they just want to make the person feel bad they missed a couple problems, so they can play the authority psychological warfare game using a fear tactic? I’d say it is the latter, and it is a demand that they submit to authority, or they’ll take your professional license away, and then you can’t work – but why, in the US we have the right to free contract.

As far as I’m concerned it’s total BS. Who needs that? And who are all these 26-year-old bureaucrats who have nothing better to do, have been brainwashed into socialism at the local university, and go work for the government who come up with all these silly and ridiculous regulations, but have never actually been in the industry they are regulating, they don’t even understand – and yet, they can sit in committees, and dream up rules and laws, and talk to irate consumers, 75% of which are making complaints falsely. That figure comes from an SEC internal study, I didn’t make it up.

Over Regulation of Small Businesses

You see, the problem with making rules is that once you make one, the temptation to add to it is just too great. It seems to me that our predecessor societies lived okay with just 10 rules. Keep it simple stupid, right? With the OSHA standard laws are 45-stories high if you stack each page on top of each other. Thus, there is no possible way that any lawyer much less a business person could ever know them all. What on earth are we thinking?

It’s just getting worse every year, and then the Obama Administration determines that they only found ten or twelve regulations that they felt they could get rid of, after going through all of them – well, I ask – what kind of sick joke pretend committee, PR game are they playing? If we really want jobs in the United States, all we have to do is reduce regulations for small business, but no, we claim that we are going to increase jobs, and simultaneously we come up with something as draconian as ObamaCare. It’s time to reduce the bureaucracy if we are to maintain freedom and liberty. Please consider all this and think on it.