Dressing For A Heist 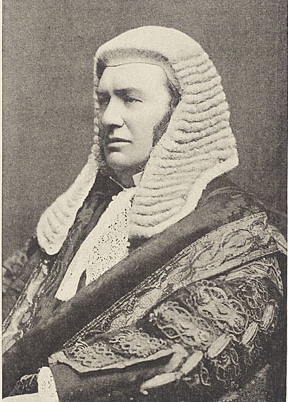 “A man dressed as a woman robbed a local pharmacy.” Those were the words, spoken by a female newscaster without a hint of a smile, that headlined the six o’clock news. These are truly words of failure like; the parachute didn’t open, honestly she’s just a friend, or I didn’t know it was loaded. While it is true that I seldom, okay never until now, give advice to would be robbers, there is just so much to say about this botched effort at a life of crime. It is painfully clear that this incompetent thief needs to understand the importance of job preparation.

To state the obvious, if your attempt at disguising yourself as a woman is so bad you are immediately recognized as a man, you should just don a trusty ski mask and be done with it. You need to realize that a cross dressing robbery, like many jobs, requires careful preparation which should be completed prior to beginning the job. It is quite difficult to make disguise changes during the middle of a hold up. “Excuse me while I change wigs,” or “Is this lipstick my color?”, are really not good things to say while pointing a pistol at someone’s head.

If your cheeks have a five o’clock shadow instead of a rosy glow, or you nose hairs can be braided, additional disguise work is required. If you can’t walk in the heels, and your toenails are not painted, it is a sure give away. I recommend a good leg waxing and a nice pair of taupe pantyhose. Trust me that hairy legs are a no no unless you are living next to some retro commune or are affecting a radical feminist look. You might include arms and fingers in the waxing just to be on the safe side.

READ  Time to Get Glasses

However, if you really want to get into the character, I suggest you put on your woman attire and visit a local bar, preferably one that plays a lot of country music. If you get hit on before midnight by more than one patron, consider yourself ready. Any amorous attention after midnight doesn’t count. It seems everyone gets prettier at closing time.

An Internet search for “man dressed as woman robs” revealed the idea of dressing as a woman did not originate with our local thief. It seems to be a fairly common event as reported by the following: “The man — who was wearing a black and pink dress, white gloves, sandals and a woman’s sun hat…” Really now, who wears gloves in this day and age? I’m betting he won’t be posting that news article on his cell wall.

As demonstrated by the above, buying just the right outfit for a heist can also be a bit tricky. Converting that XXL shirt size and 44 inch waist into women’s sizes is beyond me. It’s not like you won’t draw unwanted attention if you try them on. Try a thrift store where you can go in and grab a few of the largest dresses and mention something about your Mother not being able to leave the trailer. In a pinch shop the Portly Pal section of the women’s department.

The other day on TV there was a man dressed in a woman’s bathing suit being arrested. It’s not something that would make his Momma proud. No matter how you are dressed, remember robbery is never a good idea.

READ  The Process of Selecting a Great Criminal Attorney