How to Combat Flash Mob Criminals, Gangs, and Thieves 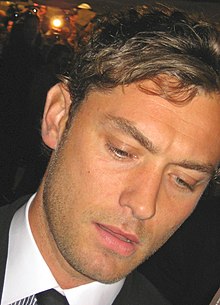 Perhaps, you have been reading the news, and noticed that people using smart phones are now converging on a single location, and gangs of people are running into stores using the law and power of numbers to steal all the items on the shelves and run out. These flash mobs which all converge on a single location are in and out in about 90 seconds, and because there are so many of them they are impossible to stop. They quickly overcome the location, come in, and grab as much is possible, and run out.

Unfortunately, this along with the mass mob mentality shows the dark side of humans. They like to hunt in packs, and they probably always have, even when they were hunting the old woolly mammoths, and saber toothed tigers. Even though humans at the North Pole are no match for a polar bear, a lowly polar bear surrounded by 20 humans with Spears and knives will be defeated, he’s a goner. Now then, when humans get into groups that are out of control, they act in predictable behavioral ways, like rabid dogs or wolves.

There is a way to Combat Flash Mob Criminals, and that is to have everyone else converge on the scene while this is happening with their cell phones, which all have digital cameras and take a picture of each and every criminal running out, and then forwarding all those digital images to the police, putting those pictures on TV, Facebook, and allowing crowd sourcing to identify each and every person. You see, there is a way to combat these Flash Mob Criminals using the same technologies they’re using in new and unique ways.

See also  How To Choose The Right Criminal Lawyer

In fact, it would be nice to get people off the street and their pictures into the system if they are not going to live in society the way that all of us have agreed to live; in a peaceful fashion and under the rule of law. This type of lawlessness will only lead to further escalation. Indeed it is happening already in many places. If store owners cannot protect themselves, or their merchandise, and folks will disobey the law in this way, then we don’t have a society at all.

This is not the Middle East where we tolerate massive groups of rioters and protesters out causing problems, throwing bricks through windows, and looting. That’s not what this country is about, and we don’t stand for that. We want to live in a safe country with responsible individuals. Considering the fact that we have facial recognition technologies and that everyone has a smart phone, and everyone is connected to everyone else, we should easily be able to defeat flash mob criminality. Please consider all this and think on it.