Who Determines the Punishment a Defendant Gets? 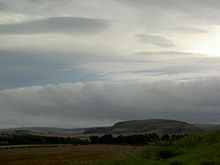 It may seem like punishment given to criminal offenders varies greatly across cases. That’s because it does. In nearly every case, the judge is in charge of choosing an appropriate sentence. Jurors are typically instructed not to consider punishment in their deliberations, but in few cases they are involved in sentencing decisions. For instance, in some states, capital punishment cannot be imposed in a jury trial unless the jury recommends the death penalty instead of life imprisonment.

Before sentencing, punishment for a crime is not always specifically defined. All federal criminal statutes and some state statutes contain specific, mandatory sentences, which the judge is required to impose. If there is no mandatory sentence, judges may tailor the sentence to the offender, taking a variety of factors into account. Oftentimes sentences are not outlined in statutes. Make a consultation with a criminal lawyer for an accurate estimate of a likely sentence for a specific crime.

In cases that lack a mandatory sentence, defense lawyers may demonstrate circumstances for the judge to consider when considering a sentence. These are called mitigating factors, and they can convince a judge to impose a lesser sentence. The judge may consider these and other factors when making a decision, including past criminal record, age, and genuine remorse for the crime, as well as circumstances under which the crime was committed.

Aggravating factors may also be taken into account. One common aggravating circumstance that may lead to a stiffer sentence is a defendant’s history of committing similar crimes. Others include the use of a weapon, unusual cruelness to a victim, or grave damages resulting from a defendant’s actions.

Sentencing for a felony crime often involves jail time, though the actual length of incarceration time may be shorter than the time sentenced by the judge. A person convicted of a felony could be released from jail early for parole, good behavior, and a variety of factors. Contact a felony lawyer to inquire about felony sentencing and length of jail time.

In DUI convictions, type of punishment can vary. In severe cases where the defendant’s actions caused injury or death, a lengthy prison term may be imposed. In cases of misdemeanor DUI, sentencing may include a fine, brief jail time, probation, suspension of driver’s license, community service, or alcohol rehabilitation.

The sentencing judge may take statements from the prosecutor and the defense into account, as well as prior DUI record, criminal background, personal circumstances, and remorse indicated by the defendant. A DUI lawyer can give an accurate estimate of sentencing in these cases.

Sentencing imposed for a crime can differ greatly depending on a number of factors. Therefore, it can be hard to anticipate the sentence a judge will impose. In all criminal cases, a criminal lawyer will give you the most accurate estimate of a likely sentence, based on the crime committed.